Paroc stonewool is the driest insulation on the market 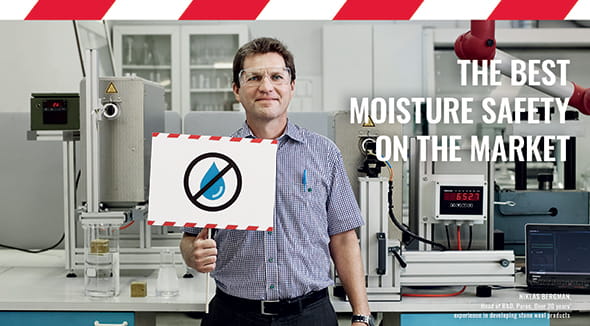 According to studies, only a very small number of moisture problems in buildings are due to materials suffering from short-term moisture in the building phase. The main causes for problems are construction and design faults, building use or poor maintenance. The dampness and drying of insulation and structures during construction projects has been extensively studied in research centres, on constructions sites and in completed buildings. In these comparative studies, Paroc stonewool has been found to remain very dry.

In a completed building, the conditions for insulation are always dry, except in underground structures. The roof and facade cladding with its details protect insulation on the outside and vapour barriers on the inside. During building use, it is important to ensure that the insulation does not absorb moisture from outdoor or indoor air, thus reducing the structure's thermal insulation.

Therefore, in the construction phase, the most important properties for insulation are low moisture absorption and fast drying. An extensive study, carried out by VTT Technical Research Centre of Finland Ltd., showed that the moisture performance of insulation materials differed.

Learn more about the study >> 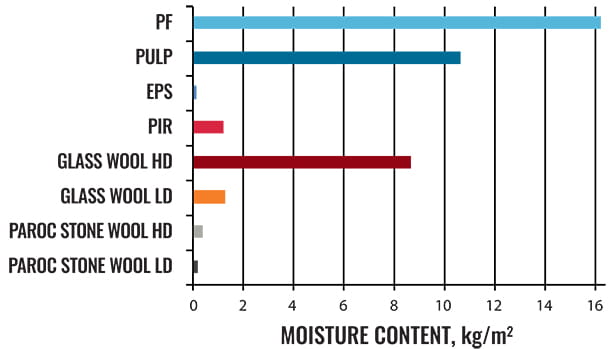 The majority of building materials contain moisture, which must be allowed to dissipate as quickly as possible already in the construction phase. In rain or high humidity, the moisture regain of materials differs. Even if the insulation itself does not get wet, the moisture content of other structures increases. Thus, the water vapour transportation capacity of insulation plays a significant role for the drying time of structures. Insulation which does not block moisture ensures two-way drying of structures. "Insulation seldom is the cause of moisture problems, but it may have a big impact on the prevention of problems," states Application Manager Susanna Tykkä from Paroc.

Mould can be found everywhere: it is in the air and exists on almost all outdoor surfaces. The small and light mould spores get in through open doors and windows, ventilation inlets and heating and air conditioning ducts. Normally only significant and toxin-spreading mould growth causes symptoms for the occupants of buildings.

Mould grows only if it has access to enough heat, nutrients and moisture. Mould starts growing if relative humidity is high (≥ RH80–85 %), the temperature is above 10 °C and it has enough organic matter for nutrient. If one of these is missing, mould won't grow.

Stonewool insulation is manufactured of non-organic stone, which means it is not a favourable source of nutrients for mould. Paroc has had its stonewool tested in an objective laboratory. The test was carried out in the relative humidity of 95–100 % and the temperature of 22 °C using the most typical mould types.