Fire safety lies beneath the surface

There is an ongoing debate about the fire safety of façade materials and insulations in the fall out from the Grenfell Tower fire in London. Those who are familiar with the fire testing of construction products are not that surprised since the problem has been recognised and the matter presented to the European Commission for the past number of years. The new construction products that consist of several layers of materials are not suitable for fire classification using present fire test methods. A new European fire test method for façades that is under development is based on the same British fire test, whereby these products have also been approved for use in buildings. 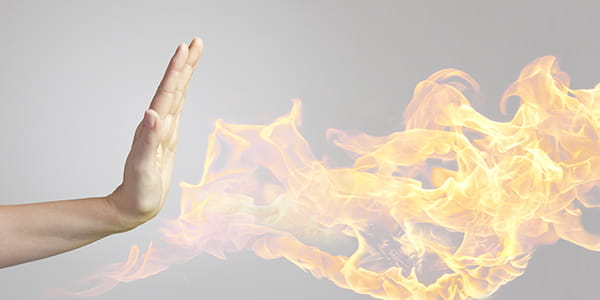 The fire classification of multi-layered construction products, such as the aluminium composite panel used in the tower block in London as well as the aluminium-surfaced polyurethane (PIR) insulation, is mainly based on their surface ignitability using fire exposure that simulates fire in a waste basket (30 kW power). That fire exposure is only a fraction of the heat radiating from an apartment fire that flares out of a window. Coated façade materials with a burning core, which are tested using a too small fire exposure, may reach even the fire class B-s1, d0, which might be lowest required level in national regulations. Therefore, a product that has attained a good classification is used as a fire-safe solution in façade structures. In practice, only in products in fire classes A1 and A2-s1, d0 all the components and material layers are tested separately.

The PIR insulation used in London was 150mm thick according to local media. A burning insulation of this thickness in the façade significantly increases the fire load of a building. In order not to have to take the fire load of the structures into consideration in the compartmentalisation requirements of a building, burning insulation should be protected in such a way that it cannot take part in a fire. One can affect the combustibility of products with different kinds of fire protection chemicals, but they are to virtually no avail at high temperatures. All organic materials burn.

The European Commission is presently developing a harmonised method for fire testing façade materials. “What makes the matter interesting is that the insulation in London according to the manufacturer's pages had been tested and approved by a large-scale fire test method for façades. The development work on the harmonised European fire test method for façades is based on the same BS 8414-2:2005 test method. Is it possible in the future to get sufficiently reliable results for safe construction?” ponders Susanna Tykkä-Vedder from Paroc.

Unfortunately, the old fire test methods have not kept up with the development pace of modern façade products, and those drafting regulations have no other option than to refer to the fire classes according to the CE markings. If a fire class of a mainly oil-based product seems susceptible, it pays to look beneath the surface. In façade insulation, the fire properties of the core are more important than the surface.