Walls insulated with EPS might be a ticking firebomb

Well-insulated buildings will help Sweden achieve its climate goals. At the same time, however, they are ticking firebombs that threaten both human life and property. 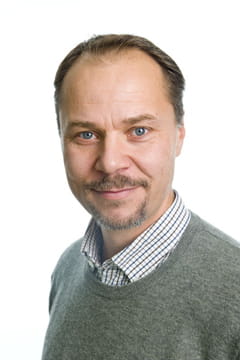 Energy-efficient buildings can be a ticking firebomb.

More and more insulation is being stuffed into our buildings to make them energy-efficient and, consequently, climate smart. However, if the insulation is cellular plastic, then fire protection suffers. When a fire gets a hold of the insulation, the building burns like a torch. This is according to Ville Bexander, Fire Safety Engineer and adviser in structural fire protection at the Swedish Fire Protection Association.
“The fire can progress dramatically in a matter of minutes. Burning plastic starts to drip from the roof and walls. Smoke quickly starts to form. It’s a nightmare for rescue workers,” says Ville Bexander.

The Swedish Fire Protection Association is a non-profit, independent member organisation that works to achieve a fireproof Sweden. The association is now raising the alarm as more and more cellular plastic is being put into buildings. “It’s a risky design,” says Ville Bexander.

Frames and insulation have so far been quite non-flammable in Swedish buildings. Concrete frames and mineral wool do not burn. Wooden frames covered with gypsum wallboards are not very prone to fire.
However, low-energy buildings or passive houses where cellular plastic is part of the wall framing and sometimes the roof are now becoming more and more common on the market. Small building manufacturers Ziphouse and Nya Emrahus are two examples. The Legolit building system also consists of blocks of cellular plastic, which are filled with a supporting concrete framework, and walls filled with cellular plastic risk burning explosively.

“If you decide to build using cellular plastic, you must make sure that the plastic is completely protected from coming into contact with naked flames, for example with gypsum wallboards and incombustible insulation on both the inside and outside,” says Ville Bexander.
“However, over the course of time, holes will be made in the walls or a new window or door will be put up. If the holes are not filled in again and any exposed plastic covered with gypsum wallboards or similar, the structure is open to the quick spread of fire,” he explains.
“When the rescue services come ten, fifteen minutes after an alarm has been made to SOS Alarm, the building often cannot be saved. A sprinkler system that quickly extinguishes the fire can be one way of protecting yourself and your property.

However, if the fire has really got into the plastic, not even a sprinkler system can help,” explains Ville Bexander. Samuel Nyström, Fire Safety Engineer at the Jönköping Fire and Rescue Services, agrees.

The consequences of a fire in cellular plastic can be very considerable, or even cause a total loss. With mineral wool insulation or another type of incombustible insulation, the damage would have been considerably less, or perhaps a fire could have been completely avoided,” he says.

“Buildings with so-called single-stage sealed facades are also at risk, namely facades made of plaster on insulation directly against a frame or wooden external wall element. Between 15,000 and 30,000 buildings were built using this technology during the years from 1995 to2007, many of them with cellular plastic, the rest with stone wool.

The design has been criticised for being sensitive to damage caused by moisture. However, if the facade insulation is cellular plastic and a small section of the plaster falls away, the building can also be affected by a powerful facade fire that can spread into the building,” explains Ville Bexander.
This is what happened to a nine-storey building in Dijon, France in November 2010. The facade’s plaster had fallen away from the cellular plastic. A rubbish bin that stood near the wall started to burn and the fire spread to the facade’s insulation. The fire then entered the stairwells via the windows. Six people died and 130 people had to be evacuated, many with smoke inhalation.
Ville Bexander’s advice is to use any type of insulation material other than cellular plastic.
“Insurance companies group buildings with cellular plastic insulation in the highest risk category and charge the highest premium. Choosing a more expensive, but less inflammable material often pays off quickly due to a lower insurance premium,” says Ville Bexander.

“The building will probably burn down to the ground”
Martin Persson, CEO of the small building manufacturer Ziphouse, is aware of the fire risk. The company manufactures passive house villas from building elements that largely consist of cellular plastic. If a fire gets a hold of the building, it will probably burn down to the ground. “It’s quite possible, yes, I can’t deny it,” says Martin Persson.

From a personal point of view, if his own house was affected by fire, he would rather build a new house from scratch than keep three rooms, for example, and rebuild the rest. According to Martin Persson, the customers are clearly informed about the advantages and disadvantages of cellular plastic.
“People know that cellular plastic is inflammable per se when they come to us,” says Martin Persson.
Therefore, both the outside and the inside of the outer wall’s cellular plastic is covered with a fire resistant building board made of magnesium oxide, which is called Ecoboard. In addition, the inside has a layer of OSB, namely a wood fibreboard, and a layer of gypsum wallboard that protects the cellular plastic against fire.

A framed structure of wooden battens is built into the walls and steel beams inside the roof’s cellular plastic. This increases the bearing capacity of the construction so that the building will last for at least 15 minutes before it collapses. As a result, people will be able to evacuate the building, which is the minimum requirement set out in the Swedish National Board of Housing, Building and Planning’s building regulations, which essentially focus on personal protection and not on property protection.
“We can’t build four-storey buildings or old people’s homes as we will never reach those fire classifications,” says Martin Persson.

Plastic swelled with combustible gas
Cellular plastic is also called EPS, an abbreviation of expanded polystyrene. Tiny balls of polystyrene have been allowed to absorb a small amount of the combustible gas known as pentane.
The balls are heated up with steam, the gas expands and the balls swell up into the soft beads that form EPS. The material has also been manufactured under the trade name Styrofoam.